Except for the fact that he was born in outer space, as a kid Ace Frehley was just like you and me.

Original Kiss guitarist, Ace Frehley will cover Led Zeppelin’s Bring it on Home, itself an homage to the Sonny Boy Williamson track (and written by WIllie Dixon), on his upcoming covers album. Titled Origins Vol. 1

, the album sees Frehley cover songs by artists such as Cream, Free and Jimi Hendrix along with the Zeppelin track. 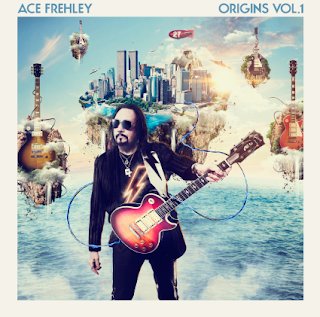 “Townshend, Page, Clapton, and Hendrix – I had some of the best teachers in the world,” Frehley says. His influences run through Origins Vol. 1

, with all of the above but Pete Townsend’s The Who represented on the album. As well, Frehley covers a few of his old bands songs: Parasite, Cold Gin and Rock and Roll Hell.

is set for release April 16th.

As for Bring it on Home, Frehley rocks up the intro a little, replacing the old school blues intro with an electric intro filled with some hot bluesy licks. The song starts off with a train bell, setting the tempo. When the main body kicks in, Frehley sticks with the Jimmy Page lick and chord pattern, using a repeated hammer-on E7/A/E then G-E pull off pattern. He ends it, like Led Zeppelin, in a traditional blues style, sticking with the electric guitar.

Despite using different singers on the album, most notably his old band mate Paul Stanley, but also including Lita Ford and Mike McCready, Frehley takes the vocal duties himself on Bring it on Home. His voice is never been his strong suit, but he is an alright singer and it works well in this instance. 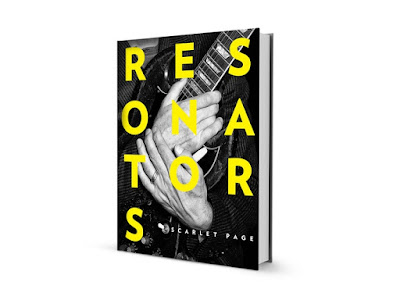 Meanwhile the book Resonators can currently be purchased at hive.co.uk for £33.55.