This year we get a few Jeff Beck singles from the era immediately after he left The Yardbirds. Most significantly is a re-release of Hi Ho Silver Lining/Beck's Bolero, the latter which features Jimmy Page and John Paul Jones (as well as Kieth Moon and Nicky Hopkins) in the first ever lineup dubbed, unofficially, as Lead Zeppelin. 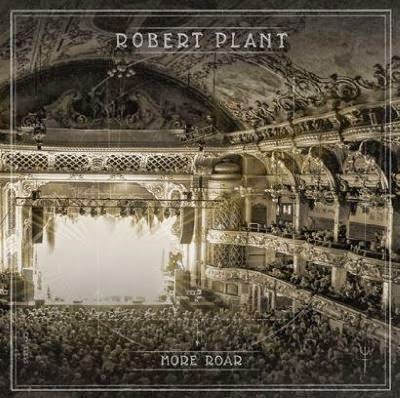 But this year we also got something brand new, a live Robert Plant and the Sensational Space Shifters EP, titled More Roar. The three song EP features two (three if you include the instrumental portion Arbaden), two from Plant's last album lullaby and... The Ceaseless Roar (hence the title, but you guessed that).

The interesting thing about this EP is, while I have been less than enthusiastic about Plants recent works, including lullaby and... The Ceaseless Roar, I rather enjoyed More Roar. For one, I have often suggested the new Plant works better in small doses for me. Three songs is a small dose. Further, Plant picked two of the songs I like from lullaby, Turn it Up and the Lead Belly classic Poor Howard. And while both songs are good on the album, they are improved with lively performances in the live setting.

More Roar is exactly what it (sort of) advertises, more of Robert Plant's uptempo rock and roll, less Little Maggie snoozefests. There's still lots of More Roar around the record stores, my local had three today, four days after Record Store Day, and they seem to be going anywhere from $12 - $25. Worth picking up if you happen across a copy.

Side 1
Turn it Up/ Arbaden