Hots On For Nowhere (Reference Mix)

In Through The Out Door - Super Deluxe Edition

The latest video from the Led Zeppelin remasters: for certified professional guitar repair in Cambridge Ontario: Brian Gardiner Guitar Repair
Posted by Brian at 9:33 AM No comments:

Having just played a triumphant and powerful Bonnaroo performance this past weekend, Robert Plant and the Sensational Space are far from ready to stop touring in support of what many critics are calling his greatest solo album, lullaby and...The Ceaseless Roar (Nonesuch/Warner Bros). Records. Today, the band is announcing new fall dates, including two shows at Lockn' Music Festival, as well as rescheduled ones to make up for last week's postponed shows in Toronto, Detroit and Chicago. Tickets already purchased will be honored at the rescheduled shows. The complete list of dates is below. Tickets will go on sale this Friday, June 19 at 10am EDT via robertplant.com. 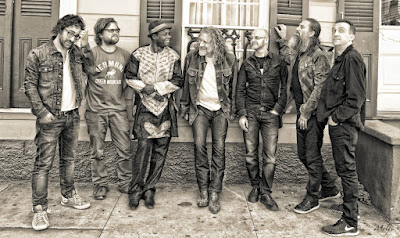 The Robert Plant and The Sensational Space Shifters Fall 2015 tour dates are below:

A report I saw first thing this morning, but can't find now, says Robert is having a throat problem.

The final three Led Zeppelin albums to get the re-issue/deluxe edition treatment, Presence, In Through the Out Door and Coda, will be in stores July 31, it was announced today.

The Presence and In Through The Out Door Deluxe Editions will feature a single bonus disc/LP of previously unheard material, and Coda will include 2 disks/LPs of bonus material.

In Through The Out Door

Two Ones Are Won is apparently an Achilles Last Stand alternate mix and10 Ribs & All/Carrot Pod Pod (Pod) is something unknown to Zeppelin buffs.
The bonus disk of In Through the Out Door is alternate versions of the entire album, much as was done with the fourth album and Houses of the Holy (the latter minus D'yer Maker). Hopefully The Epic has the vocals up in the mix more, and alternates of Fool in the Rain and All My Love give hope for something interesting.

Coda, as you can see, is a three disk set. They've thrown everything in there, in the hopes, presumably, that fans will buy it. It also has what may be the best selection of the entire bonus set catalogue. Besides long time un-albumed Zep favourite Hey, Hey, What Can I Do and the long bootlegged Bombay session songs, St. Tristan's Sword is a long rumoured instrumental epic from the Led Zeppelin III sessions. Some experts in the unofficial Led Zeppelin catalogue considered St. Tristan's sword to be as much legend as the story of Tristan itself. Sugar Mama mix and If It Keeps on Raining hold promise of being very interesting.

All three albums can be pre-ordered now through the usual sources.

Robert Plant Gets Wanton in Vegas

Robert Plant played the Brooklyn Bowl in Las Vegas last Friday, his first time in the entertainment capital of the world since 2005. There's a solid review of the show by Spencer Patterson in the Las Vegas Weekly that noted: "The 66-year old Plant sounded better than he did at the House of Blues in 2002 or the Hilton in '05..."

On top of "soaring over" The Sensation Space Shifters, Plant opened with an old Zeppelin favorite. In what is probably the first time Plant sang it without looking over his left shoulder and spotting Jimmy Page, Plant performed the Wanton Song, with guitarist Skin Tyson sidling up to Plant.

Dazed and Confused appears to have been actually added to the setlist on May 25th in Oregon, Vegas being the third show it was played at. In the three shows since Vegas, both have opened with Wanton Song and included Dazed and Confused, according to setlist.fm.

Robert Plant and the Sensational Space Shifters finish their west coast swing in Los Angeles tomorrow before heading East for dates in Hunter NY and Toronto later in the week. The tour continues until June 176, and picks up again in Europe in July. Full tour dates, and ticket links, available at robertplant.com.


With thanks to Wyatt, aka Zepcowboy, via FBO, for the video links and timelines.