Today see's the release of the Led Zeppelin IV

and Houses Of The Holy

remasters, complete with bonus material, here in North America. The remastered albums have been available as Mastered for iTunes for some time now, so I will reserve comment on their quality besides saying, the iTunes versions are excellent. Otherwise, if you have a chance to hear the CD or LP versions, there's no reason to believe they won't also be top notch (and certainly I felt Led Zeppelin, II and III all were). 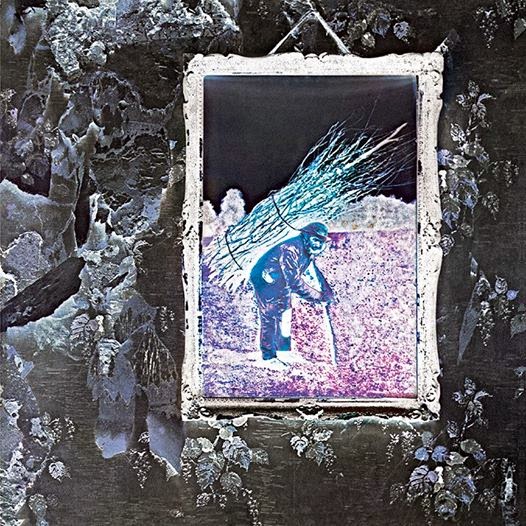 The bonus material, available on the Deluxe Editions, however, gives us fodder for real discussion. Unlike the third album, which had Keys to the Highway/Trouble in Mind, there is nothing new in the bonus material, nor is there any live material like we saw on the first album. Both IV and Houses of the Holy's bonus discs are presented as the complete album, with alternate versions, alternate mixes and instrumental versions of the songs.

In February 1971, Jimmy Page and engineer Andy Johns travelled to Los Angeles, master tapes for the fourth album handcuffed to Page (note: kidding), to master the album that would become what many consider Led Zeppelin's most astonishing moment. He took the tapes to Sunset Sound Studios, where the state of the art studio was booked for mastering of the tapes. Job done, he returned to London and settled into Island Studios with his bandmates to play the new album: the sound was a disappointing mess. No one seems sure what happened, but it appears the equipment at Island couldn't handle the more sophisticated mastering done at Sunset Sound, and Page returned to the Island Studio to re-master the songs yet again. Of the eight songs on the final album, seven of them were from the London mixes. Only When The Levee Breaks survived from the California mixes.

Of the bonus material on Led Zeppelin IV,

the alternate mix of Stairway to Heaven from the Sunset Sound Studios session, and When the Levee Breaks from the London remixing appear. Other alternate mixes from unknown sources are Four Sticks, Rock and Roll and Misty Mountain Hop. Misty Mountain Hop shines the most, with a John Bonham count-in and a much more live sound, the song comes alive in a way it never really did before. When the Levee Breaks is also noticeably different, although not for the better. While Four Sticks sounds more live, wetter in audio geek parlance, Levee is much drier, that famed drum sound somewhat diminished in the mixing. They made the right choice going with the Sunset Sound Studio mix on this song. If we were hearing that mix, that drum sound for the first time here, now, it would be all that anyone would be talking about.

Rock and Roll and Stairway to Heaven on the other hand, have barely noticeable differences. The guitar is a little down in the mix here, the voice up there. Yes, the recorders are definitely louder, but not so much that most people would notice if they didn't know. On the other hand, Black Dog (Basic Track with Guitar Overdubs) is an alternate take, and while the differences are subtle, at least until the ah-ha's when a Plant adds a harmony vocal. It doesn't work actually, sounds too much like that guy beside you at the concert singing along with the band, but you can hear them trying something. Besides, Plant's ad-lib on the outro is outstanding.

Instrumental mixes of Going to California and Battle of Evermore are interesting, but the repetitive nature of those songs means it's not something you would listen to more than a few times. While not something you might throw on in the car on your way home from work, throwing the LP on the turntable with a good whiskey

would make for an enjoyable hour on a Friday night. 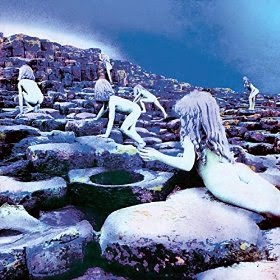 On Houses Of The Holy

Led Zeppelin’s songwriting really grew. Instead of writing pop songs, they were composing music in a rock vein. This becomes evident on the instrumental versions on the Deluxe Edition on this release. The Song Remains the Same is an interesting song unto itself without vocals. And while Over The Hills and Far Away still has it’s repetition, the “guitar mix backing track” is enjoyable. The guitar solo being a little higher in the mix is an added bonus. No Quarter is, again, a complete composition sans vocals, working perfectly as an instrumental composition. What you quickly hear is that Robert Plant was not necessary to either No Quarter or The Song Remains the Same, but manages to put together a performance that adds to the whole of the piece (although a reasonable argument could be made that The Song Remains the Same is a better song as an instrumental than with his speeded up chipmunk vocal added as on the album).

The Rain Song (mix minus piano) baffles me slightly, but only because I can’t detect the difference between the original and this one. The Crunge (rough mix - keys up), Dancing Days (Rough Mix with Vocal) and The Ocean (Working Mix) are the same. Detecting what may be different (no count in on The Ocean for example) could be a game unto itself. So while there’s nothing exciting in the remaining bonus tracks (and no D’Yer Mak’er at all), added in with the three instrumentals you get an idea of what this album could have been like. And in fact, Jimmy Page’s original idea was to start it off with The Song Remains the Same as an instrumental (in fact, it was originally called Overture) that connected to The Rain Song.

What you get from the Houses Of The Holy

bonus disk is that it could have been a better album. So far, of all the bonus disks, this may be the only one I play on a regular basis instead of the original album.

This has been out for a few days, but finally up here in Canada, and presumably elsewhere, we can see it. To kick off your IV/Houses of the Holy week, here's Rock and Roll, the animated video.

The remasters of Led Zeppelin IV and Houses of the Holy will be out tomorrow, although some people report pre-ordered Super Deluxe Edition boxsets arriving over the weekend.

A Few of us are Endeavouring to Raise a Fund...

To paraphrase Charles Dickens, "a few of us are endeavouring to raise a fund" to help Dave Lewis get a new bicycle.

Dave, friend of Ramble on Radio and the man who runs Tight But Loose, both the magazine and the website, has had his bicycle stolen. Here's Dave's explanation of what happened, from Facebook:

...as many know my mode of transport is the trusty bike which I am out on about on every day –keeping fit, in town at TBL designer Micks, post office for TBL distribution, visiting Janet's mum etc.. yesterday locked it up in town to do some shopping and alas when I got back it had been stolen…no sign of it – they must have broken the lock. Not good –gutted in fact and my faith in human nature has been severely knocked… and I’m quid’s down as a new bike will be required and no doubt I’ll be more paranoid when leaving it locked up.


So as I say, a few of us are endeavouring &tc. 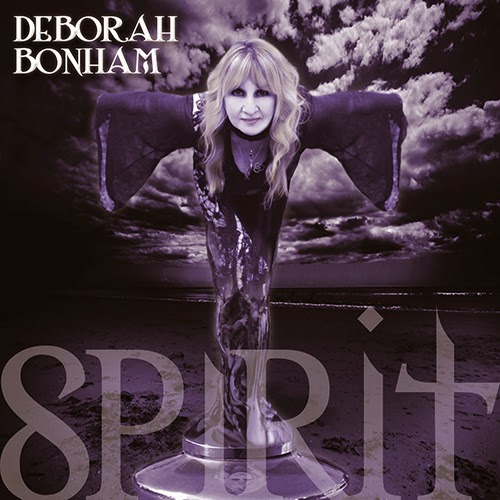 And, there's something in it for you too. Go buy Deborah Bonham's, John's little sister, new album for £10 (postage extra, depending on where you are), and £5 will be donated to Dave. Just mention "Dave Lewis Bike Fund" in your paypal posting (or, if you can't comment on your paypal, as I couldn't, contact Peter Bullick and let him know it's for the bike fund).

If you don't want a CD, or want to top up that £5 (as I did), Dave has a paypal account of his own. Just log into paypal, click on the send money tab, and send the money to davelewis.tbl1@ntlworld.com. Make sure you click on the "I'm sending money to family or friends" button (a small fee will be added (.05 on £10) and be sure to mention in the comments that it's for his bike fund.

And thanks to everyone who helps Dave out. He's a good man who provides us Led Zeppelin content for a living. He's the best out there, but he's not getting rich selling a triennial Led Zeppelin magazine.

A bit about Deborah Bonham's new album, Spirit. Robert Plant plays harmonica on the title track track, and it also features a Paul Rodgers duet and a Jason Bonham drum performance. I'll review upon receiving it, but it looks like a should get for any serious Zeppelin fan.

John Bonham at the Speed of Sound

Much like Jimmy Page, Paul McCartney has been re-releaasing the wings catalogue, with upgraded remastering and bonus material. One such bonus item comes from Wings at the Speed of Sound: Beware My Love with John Bonham on the drums.

Bonham played on the session for Beware My Love, but the track that made it to album was one that was done without John Bonham. The Bonham track was not known to exist before this past June, when McCartney announced it would be on the deluxe edition of Speed of Sound.

Yesterday, McCartney pre-released Beware My Love (John Bonham Version) on iTunes. It is, as of yet, not available for download from Amazon,

but surely that is coming.

The full Wings At The Speed Of Sound

will be available November 4th.

, the regular working Joe version which is available next Tuesday (note: you may have to click on the video and go to Vimeo sight to view it).
JIMMY PAGE by Jimmy Page from Genesis Publications on Vimeo.