But it at Amazon and other retailers...

Returning to Lullaby... and the Ceaseless Roar

With less than two week to go until the release of Robert Plant's latest (and possibly last?) album, lullaby... and the Ceaseless Roar, Plant and co. have released a second promotional video for the album, once again called Returning to the Border.

The previous video was released in July.

Lullaby and the Ceaseless Roar will be in stores September 9th. You can pre-order it at Amazon,

Every year Apple and iTunes sponsors a series of concerts which it then streams live on it's Apple TV. 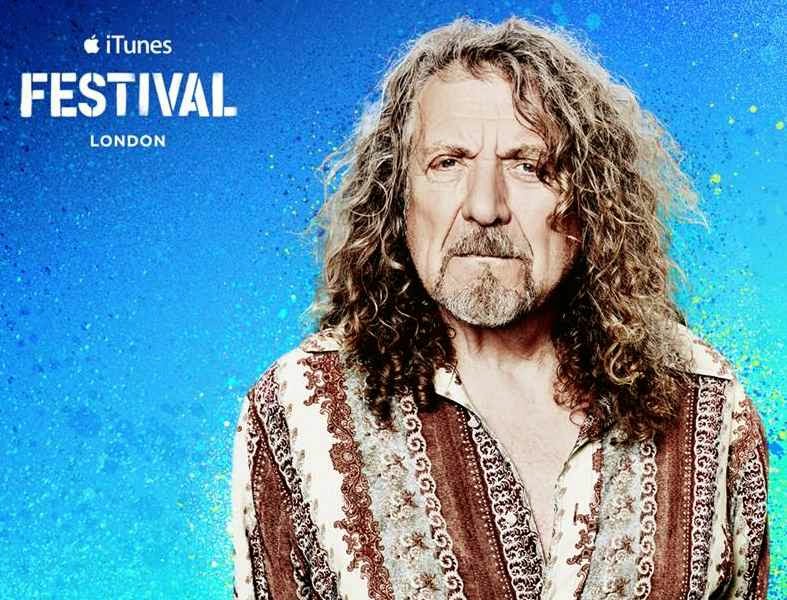 The concerts can be later viewed on iTunes and Apple TV.  The month long festival takes place in London in September with nightly concerts at the Roundhouse Art Centre in Camden Town (in March a five day festival from South-by-Southwest in Austin was also done).

This year, Robert Plant will be among the performers, celebrating the release of his new album, lullaby and... The Ceaseless Roar.

Plant and his band, the Sensational Space Shifters, will be at the Roundhouse and streamed live on September 8th, the night before the release of the album. You can win tickets to the show through Warner Brothers.

Robert Plant and the Sensational Space Shifters have released a second single from their upcoming album, lullaby and... The Ceaseless Roar

. Listening to song previews last month, I noted Pocketful of Golden is "is a ballad, very much in the pulled back Band of Joy style that we have heard from Plant the past few efforts." This is true, as far as it goes, but that is not to suggest the song is boring and, in fact, is quite a lovely song with Juldeh Camara's riti adding flavour throughout.

is still listing it as a pre-order.

Plant's new album will be available on September 9th. The first single, Rainbow