Led Zeppelin music has turned up in another movie trailer, as Good Times Bad Times is the background music for the trailer for American Hustle, due in theatres December:

Heart's Stairway to Heaven released as an iTunes video 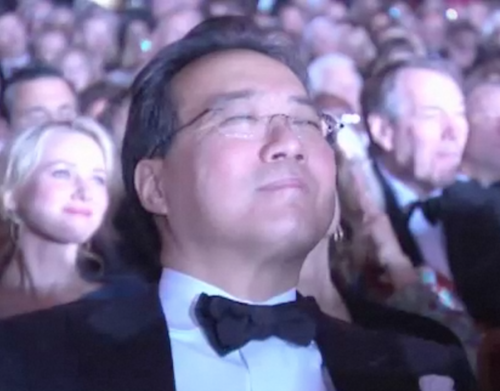 The song was previously released on iTunes as an MP3. This new release is an alternate video edit, different from the televised version that was previously broadcast and can be found on YouTube. It offers more shots of Robert Plant, John Paul Jones and Jimmy Page, including a must see of Page loving the ending section, plus a shot of him mouthing the solo as it's being performed. Other highlight shots include Mrs. Obama enjoying the performance, Bonny Raitt with her hands up swaying to  the song, and classical cellist YoYo Ma flat out rocking during the solo.

You can get the video of Heart performing Stairway to Heaven at iTunes for $1.99.