Get the Led Out - Tralf Music Hall Buffalo November 22

I’ve seen Get the Led Out: The American Led Zeppelin six times now. Yet at their third time at the Tralf in Buffalo on November 22, they managed to throw in a number of surprises. Of the sets opening numbers, I had heard them do one of the first five before. 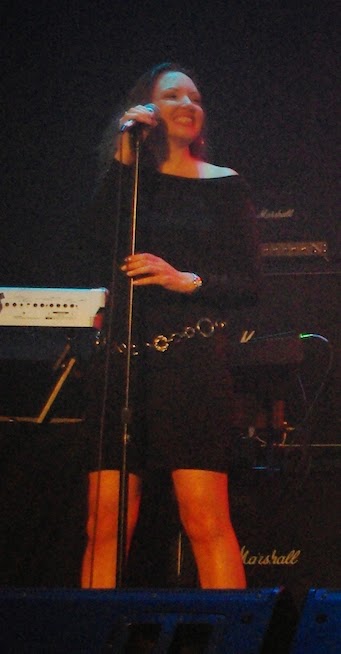 Starting with Good Times Bad Times, Andrew Lipke providing harmony vocals to Paul Sinclair’s lead, Paul Hammond killing the solo, it was a great opening. Follow that with How Many More Times, Hammond and Lipke each working the violin bows to recreate Page’s middle section. Houses of the Holy, a great fun rocker, The Ocean, the one song I’d heard them do before, followed by Ten Years Gone. Now that’s an opening five.

They weren’t done. however, and after finishing the first set with Babe I’m Gonna Leave You, Ramble On, Dazed and Confused, complete with Paul Hammond lit violin bow solo, and then the acoustic set of Going to California, Battle of Evermore and Hey Hey What Can I Do. Battle of Evermore, featuring Diana DeSantis in the Sandy Denny part, is always a Get the Led Out Highlight.

They opened set two with one last surprise, Achilles Last Stand, before finally letting keyboard player Lipke put down his guitar and play keys on Thank You. Moby Dick, was followed by a couple of underrated, but great, fun songs, Fool in the Rain and Hot’s on for Nowhere. Kashmir finished out the set before an encore of Misty Mountain Hop, Stairway to Heaven and Whole Lotta Love. 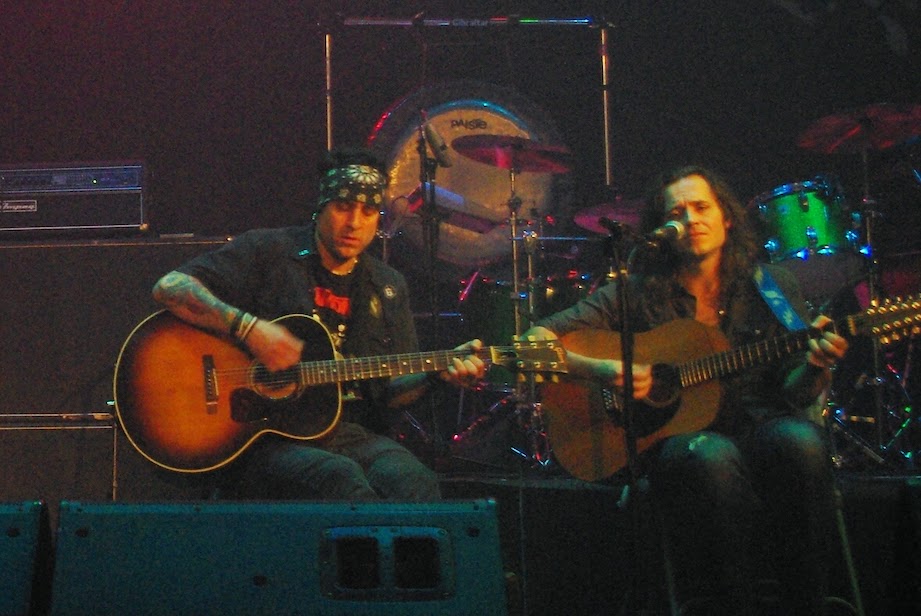 Get the Led Out is a seven piece band, and there are no passengers. Everybody is a great player, everybody has their moments. Sinclair is spot on vocalist, pitch perfect on things like Babe I’m Gonna Leave You and Kashmir. Drummer Adam Ferraioli impresses every-time with Moby Dick. Bassist Billy Childs is rock solid, but a song like How Many More Times allowed him a chance to shine as well. And you have to hear Jimmy Marchiano playing the Stairway to Heaven solo to understand how good a solo it is. He nails it, he nails all his parts, every time.

Their third time in Buffalo, The Tralf changed their seating from “Led Zeppelin dinner theatre” to concert style, taking out a number of tables and putting in their place a hundred-and-fifty or so seats. Reports of a city buried deep in snow, four feet in some sections of Buffalo, didn’t deter the fans, and the Tralf was about 90% full. They came for a Led Zeppelin fix, and Get the Led Out didn’t disappoint. But then no surprise there, they never do.

Fifty-thousand words, Dave Lewis' first interview with Jimmy Page, a thorough review of lullaby and... the Ceaseless Roar and a close examination of the remastering of the first three Led Zeppelin albums, including what it means to remaster an album.

Dave Lewis released the 38th issue of his Led Zeppelin magazine/fan-zine, Tight But Loose a few weeks ago, and it's a beauty. Featuring a Ross Halfin picture of Jimmy Page on the cover (there is also a limited edition John Bonham cover, right) and an insert picture of Page onstage in 1980. But far more significantly, for the first time since Dave began covering Led Zeppelin back in the late 70's, he sat down with Jimmy Page for a formal interview. Here's Lewis:


... it's perfectly logical that a specialist Led Zeppelin magazine would seek to interview the band members.

John Paul Jones has been very forthcoming in that department, but it has not been so easy in the case of Robert Plant and Jimmy Page. Robert remains elusive but the quest for Jimmy is about to reach fruition.

... I've been lucky enough to have had a fair few informal chats with Jimmy over the years - stretching back to 1980 and the Over Europe tour...

Up until now though, I have never conducted a formal one-on-one interview - and yes, I'm nervous.

What follows is an excellent interview conducted by someone who has been "reading interviews with Jimmy Page for over 45 years," and has a file called "Questions I'd love to ask Jimmy Page." In other words, he was prepared, and gave us a very strong Jimmy Page interview that wasn't simply more of the same.

If that was all, I'd advise you to click over to TightButLoose.co.uk and order issue 38. But there's more, including an in depth look at Robert Plant's lullaby and... The Ceaseless Roar and an excellent section on the Led Zeppelin remasters, including an article that looks at all the previous remasters since the digital age and another that explains exactly what it means to remaster an album.

Tight But Loose 38 is simply too good not to get, or not to buy for the Led Zeppelin fan on your Christmas list - think of how excited they would be to find that sticking out of their stocking on the 25th. While your there, get a 2015 subscription to Tight But Loose, it's well worth it.

For more, I discussed Tight But Loose Issue 38 on the Ramble on Radio Podcast number 79. You can subscribe to Ramble On Radio on iTunes. Please, if your at iTunes, stop by and leave a review, even if you aren't downloading from iTunes. You can also listen on Spreaker. If you have a Spreaker account, please follow Ramble on Radio - 100 followers means I can apply to get Ramble On Radio on IHeartRadio. As well, watch the podcast on YouTube, embedded below or can be listened to or downloaded at Podbean.