John Paul Jone's avante-garde "soundscape" Minibus Pimps is set to release their debut album, Cloud to the Ground, in a few days (go to bottom for ordering information). In advance of this release, Jones and his Minibus Pimps partner Helge Sten, did an interview with The Quietus.

Quetus: This really does sound like it would be a great album to drop some mushrooms to and watch the Aurora Borealis. What do you think would be the ideal location and conditions for listening to this?


John Paul Jones: A really good sound system!
---------------
JPJ: We do (have quite high standards)! And when we’re doing the sound design part and then designing the processes, most of the time we work separately but occasionally we work together and someone will come up with something and say, "Listen to this" and you’ll go, "Ah, that’s really good!" or we come with something and then look at each other say, "Nah, not really…" But that’s the same with all bands and all music. I mean, in Zeppelin nobody had to tell anybody else if something wasn’t working. It’s just something that you get to know. We trust each other musically. It goes back to what we were saying earlier. Without actually knowing each other personally for that long we both know what we know. We know that we’re both very experienced and that we know that we’ve got two pairs of good ears involved with this and that’s all that really matters.
---------------
Quetus: Now, I’ve got to ask you the obligatory Led Zeppelin question…

JPJ: Well he can answer it!
Quetus: Well, it is aimed at both of you but what do you think is the most avant-garde moment in Led Zeppelin’s catalogue?

JPJ: Oh, thank you! That was me! Jimmy put some guitars on it, too, but I did that on the Yamaha GX-1. I found this programme where you have all the filters on the edge where they break up and keep trying to do something else and they keep coming back again. Yeah, that was great, that.
---------------
Quetus: I love that photograph of you posing with a passed out fan backstage who was wearing a Led Zeppelin t-shirt…


JPJ: That wasn’t a drunk fan; that was the drunk drummer of The Maccabees! His band mates put us up to it – me and Dave Grohl. They said, "Our drummer’s asleep – would you come and take a photo with him?" They did ask other bands to do it but he was wearing a Zeppelin T-shirt so it seemed kind of appropriate! But it was funny and then Dave followed me and did his one! 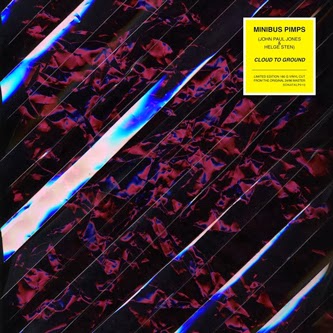 As for the album, Cloud to the Ground, of which Quietus says: "(it is) Recorded live at a variety of venues and driven by the use of the Kyma computer system, an aural design environment that allows users infinite possibilities to create and bend sound, the pair have conjured a formidable collection of music that allows for personal interpretation and visual stimuli."

On the podcast, Ramble On Radio,  I have been pitching for a Led Zeppelin Record Store Day release for some time now. It makes sense: it's a great way to promo the reissues; it would justify an oddball release to compliment the reissues; The Jimmy Page era Yardbirds released three 45's over two Record Store Days a few years ago.

In 2010, to coordinate with the release of a remastered Exile on Main Street, the Rolling Stones released the song Plunder my Soul, an outtake that was being released for the first time, as a 45 RPM single on Record Store Day. A similar type of release from Led Zeppelin would be a gift for their fans, promote whichever album it comes from, and be a boon for record stores everywhere, which is the point behind Record Store Day.

According to Wax Poetic, this may be what is happening:


This is just a rumour, of course, but let the speculation begin. Already this morning someone has guessed a mono 45 of Good Times Bad Times b/w Communication Breakdown on the Steve Hoffman Forum.

I have stated previously that finally releasing a single of Wearing and Tearing, as was apparently planned as a commemorative single for the Knebworth shows, would be an excellent Record Store Day release. However, as the remastered albums look like they are going to be released over time, that would be a release better served for a Record Store Day closer to the time In Through The Out Door is released.
Posted by Brian at 10:37 AM No comments:

Last year it became clear that Jason Bonham and Glenn Hughes were going to continue their musical relationship in the post Joe Bonamassa, post Black Country Communion world. In the fall, both were tweeting and posting on facebook about a collaboration with guitarist/keyboardist Andrew Watt. 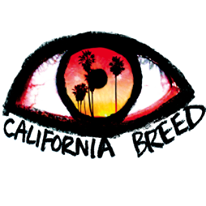 Today, the trio unveiled the new band, called California Breed, via a Mick Wall article in Classic Rock. The band will be releasing a Dave Cobb (Rival Sons) produced album on Frontier Records to be released in May.

Interesting that Kevin Shirley seems to have stayed in the Bonamassa stable instead of crossing over, and Bonham and Hughes seemed to have moved on from Derek Sherinian as well.

California Breed have twitter and facebook accounts, as well as a webpage: www.californiabreed.com.
Posted by Brian at 8:36 PM No comments: