Jimmy Page arrived in Toronto Monday for some media interviews. Yesterday, it was the fans turn to get up close and personal with Page.

First up, mid-afternoon saw Page do a book stamping at Indigo Books at Bay and Bloor. Three-hundred fans lined up for the chance to meet the legend and have their Jimmy Page by Jimmy Page

book stamped with a special stamp made up for the date (Page has done this several times at the locations, in lieu of signings). 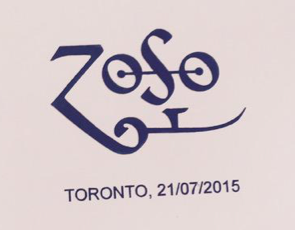 A hundred, possibly more, fans lingered around the signing getting pictures, and just catching sight of the man. I was one of the latter group. 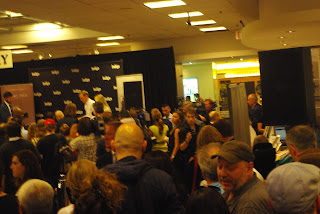 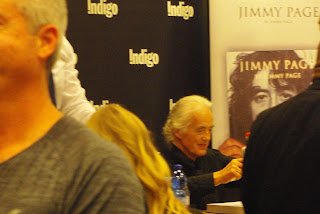 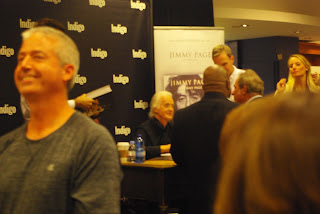 Page chatted with the fans and seemed amiable and friendly with all of them. "He asked me if I played guitar," a 14-year old Dean told me (not actually his real name) after getting his book stamped. Dean was carrying a Jimmy Page action figure. Dean does play, and Page encouraged his to continue. "Man, if I had met Jimmy Page when I was 14," I told him. "I don't think I could have talked to him."

After Indigo Books, Page was at the historic Masonic Temple. Formerly the Rockpile, where Zeppelin played three times in 1969 (Feb 2 and twice on August 18). 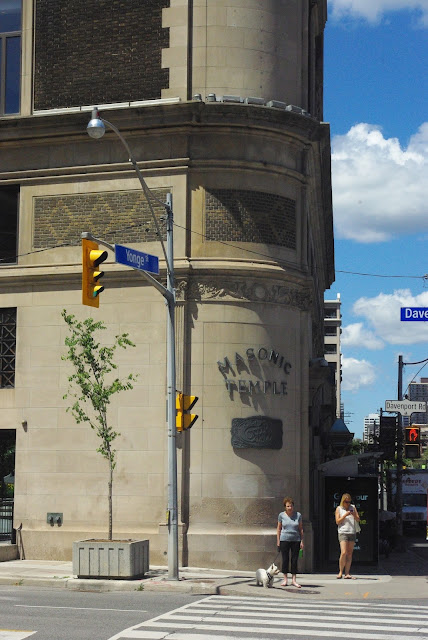 Sixty-five contest winners and some media invitees (I was among the latter) where treated to a 10-song playlist from the bonus material from the final three albums, Presence

, In Through The Out Door

. Page gave a few introductory comments before the listening on the top quality audio equipment. A Q&A session with Q107's Jeff Woods followed. The interview portion, combined with an interview Woods did an air Monday, will be featured on Woods Legends of Classic Rock August 2nd.

"There’s marimbas on Fool in the Rain and that’s John Bonham playing those, which I’ve never told anyone before," Page said at one point, adding "but now you know and it will be on the Internet,” forcing me to post that particular quote. He also mentioned the colouring book section of the In Through the Outdoor packaging was meant to be discovered when you took the album to a party and someone spilled or set a drink on it.

The absolute highlight of the listening event the November 1970 version of When the Levee Breaks recorded at Island Studios, called If it Keeps on Raining. "It was hard not to say, 'Yeah, it's on Coda,'" Page said, referring to his promotional interviews for the fourth album.

Here's the playback for the evening:

Tomorrow I will review the material we heard, and of course, I will be discussing this on Episode 102 of the podcast, which also includes a must hear interview (no, not with Jimmy Page).